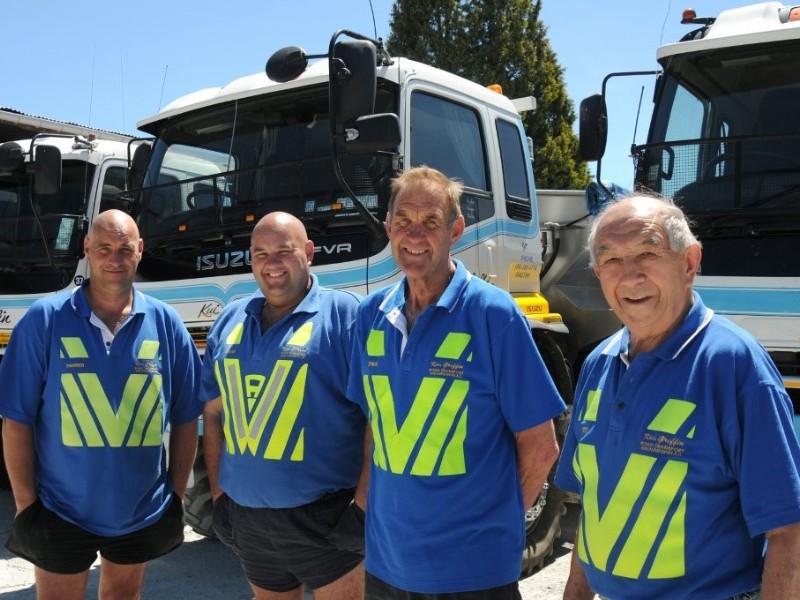 Based in the small town of Raetihi, to say Kui, Griffin & Co Ltd know their way around the central North Island would be a vast understatement. Having been in business for more than 50 years, founders David Griffin and Keith Kui share a passion for the transport industry, which has been passed onto the next generation.

David and Keith, business partners and long-time friends, met through Transport Waimarino â a large trucking company that Keith was running when David was employed there. After Transport Waimarino went into receivership, Keith and David decided to go into business together. Kui, & Griffin Co Ltd was born, and the pair havenât looked back.

With operations throughout the central North Island, Kui, Griffin & Co Ltd has recently undergone some management changes, with David Griffinâs sons Darren and Shane becoming more involved in running the business. David and Darren share most of the responsibilities of day-to-day administration, supported by Shane and Keith.

Employing five full-time staff and one casual, Kui, & Griffin Co Ltd is a small, family-focussed business, driven by a passion for the industry and a commitment to ensuring the company thrives. No one demonstrates this commitment more prominently than Keith Kui who, after âretiringâ 15 years ago, still works in the business at 86 years of age.

With hundreds of clients, almost all of which belong to the farming industry, Darren Griffin says heâs excited at the prospect of taking more of an active role in the business, following in his fatherâs footsteps. âDad has always had a huge passion for the trucking industry, which he passed on to me and my brother. To be able to work in the same business your Dad forged, and progress it further, is amazing.â

Darren notes one of the most prominent issues the trucking industry is currently facing is a shortage of drivers, as getting licensed has become progressively harder. He counts himself lucky that Kui, Griffin & Co Ltd is a relatively small business with a stable group of employees but imagines recruitment for larger businesses would be tricky. Kui, Griffin & Co Ltd have also felt the pinch of State Highway 4 closing, with an additional 50 kilometres being added onto their average trip time to Whanganui and surrounding locations.

Trucking appeals to Darren for countless reasons, but the variety of the job is the standout factor. âEvery day is different. Iâve been interested in trucking my whole life, but as the years have gone on, Iâve grown a deeper appreciation for how versatile the work really is.â Darren also counts himself lucky to be able to work so closely with his brother, Shane.

In his spare time, Darren is a keen member of the Raetihi volunteer fire brigade, with 28 years of service under his belt. âItâs something I really enjoy doing outside of the business â attending to car accidents, fires and the likes is a great way to give back to the community.â David and Shane also used to be members of the fire brigade and have since resigned with 38 years and 17 years of service respectively.